Coffee enemas have become a popular and effective means of liver detoxification.

Use coffee in an enema to clean the colon and detoxify the liver. This enema helps to detoxify the liver, as well as stimulates the colon to produce a bowel movement. Coffee stimulates the liver and gallbladder to produce more bile. Bile, from the gallbladder draws out environmental and metabolic toxins, as well as the very irritating toxins from Candida and other parasite-like organisms. These toxins and waste are then dumped into the large intestine where they are eliminated during a bowel movement. The faster you can move these toxins out of your body the better off your client will be.

Following a coffee enema, you can expect your client to feel relaxed and rejuvenated, not “buzzed”.

If after completing the coffee enema, they feel jittery, shaky, lightheaded, nervous or weak, you will need to decrease the strength of the coffee solution next time. The amount of coffee can be adjusted from down to 1 teaspoon to 2 tablespoons as tolerance level permits.

Do not perform this enema in the evening as it can affect their sleep.

The coffee must be regular organic, non-instant, non-decaffeinated coffee.

Use 2 to 3 tablespoons of ground coffee to 1 litre of Filtered water, boil and allow to cool to body temperature.

The high, retention coffee enema should consist of at least 500mls to 750mls of coffee, held for 15 minutes. Some people can take and retain only half of this enema solution at a time. If this is the case, then you could take 2 enemas each time, one right after the other, and hold each for 15 minutes.

In 2004, Prince Charles addressed 200 healthcare professionals at a conference. He said:

“I know of one patient who turned to Gerson Therapy having been told she was suffering from terminal illness and would not survive another course of chemotherapy. Happily, seven years later, she is alive and well. So it is vital that, rather than dismissing such experiences, we should further investigate the beneficial nature of these treatments.”

In the 1920s, German scientists found that a caffeine solution could open the bile ducts and stimulate the production of bile in the liver of experimental animals.

Dr. Max Gerson used this clinically as part of a general detoxification regimen, first for tuberculosis, then cancer. Caffeine, he postulated, will travel up the hemorrhoidal to the portal vein and thence to the liver itself. Gerson noted some remarkable effects of this procedure. For instance, patients could dispense with all pain-killers once on the enemas. Many people have noted the paradoxical calming effect of coffee enemas.

Coffee enemas were an established part of medical practice when Dr. Max Gerson introduced them into cancer therapy in the 1930s. Basing himself on German laboratory work, Gerson believed that caffeine could stimulate the liver and gall bladder to discharge bile. He felt this process could contribute to the health of the cancer patient.

Although the coffee enema has been heaped with scorn, there has been some independent scientific work that gives credence to this concept. In 1981, for instance, Dr. Lee Wattenberg and his colleagues were able to show that substances found in coffee – kahweol and cafestol palmitate – promote the activity of a key enzyme system, glutathione S-transferase, above the norm. This system detoxifies a vast array of electrophiles from the bloodstream and, according to Gar Hildenbrand of the Gerson Institute, “must be regarded as an important mechanism for carcinogen detoxification.” This enzyme group is responsible for neutralizing free radicals, the harmful chemicals now commonly implicated in the initiation of cancer. In mice, for example, these systems are enhanced 600% in the liver and 700% in the bowel when coffee beans are added to the mice’s diet.

Dr. Peter Lechner, who is investigating the Gerson method at the Landeskrankenhaus of Graz, Austria, has reported that “coffee enemas have a definite effect on the colon which can be observed with an endoscope.” F.W. Cope (1977) has postulated the existence of a “tissue damage syndrome.” When cells are challenged by poison, oxygen deprivation, malnutrition or a physical trauma they lose potassium, take on sodium and chloride, and swell up with excess water.

Another scientist (Ling) has suggested that water in a normal cell is contained in an “ice-like” structure. Being alive requires not just the right chemicals but the right chemical structure. Cells normally have a preference for potassium over sodium but when a cell is damaged it begins to prefer sodium. This craving results in a damaged ability of cells to repair themselves and to utilize energy. Further, damaged cells produce toxins; around tumors are zones of “wounded” but still non-malignant tissue, swollen with salt and water. 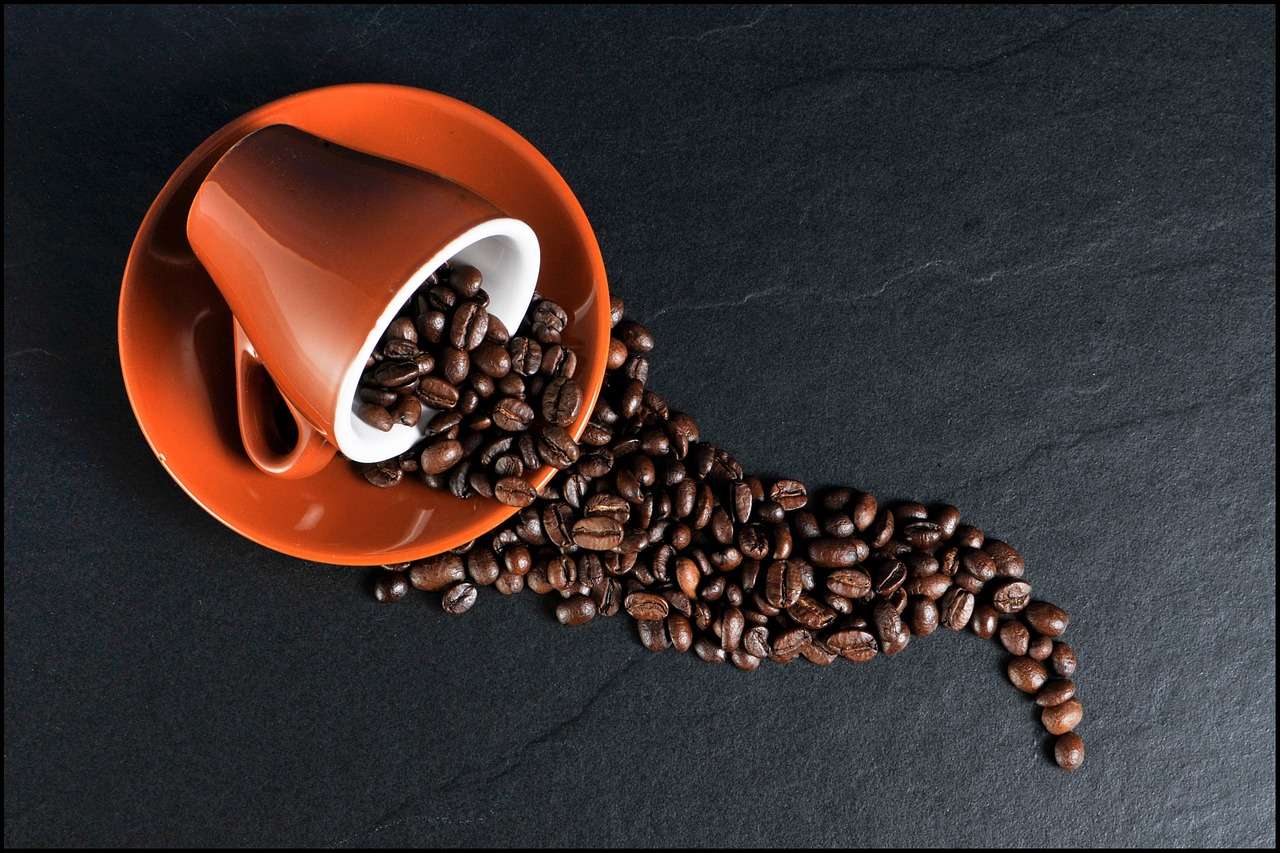 Gerson believed it axiomatic that cancer could not exist in normal metabolism. He pointed to the fact that scientists often had to damage an animal’s thyroid and adrenals just to get a transplanted tumor to “take.” He directed his efforts toward creating normal bowel movement.

Metabolism in the tissue surrounding a tumor.

It is the liver and small bowel which neutralize the most common tissue toxins: polyamines, ammonia, toxic-bound nitrogen and electrophiles. These detoxification systems are probably enhanced by the coffee enema. Physiological Chemistry and Physics has stated that “caffeine enemas cause dilation of bile ducts, which facilitates excretion of toxic cancer breakdown products by the liver and dialysis of toxic products across the colonic wall.”

In addition, theophylline and theobromine (two other chemicals in coffee) dilate blood vessels and counter inflammation of the gut; the palmitates enhance the enzyme system responsible for the removal of toxic free radicals from the serum; and the fluid of the enema then stimulates the visceral nervous system to promote peristalsis and the transit of diluted toxic bile from the duodenum and out the rectum.

Since the enema is generally held for 15 minutes, and all the blood in the body passes through the liver every three minutes, these enemas represent a form of dialysis of blood

The coffee enema utilizes the pathway in the body that drives it directly to the liver. This is the hepatic (liver) portal vein system.

Here’s what happens when you implant the coffee through the rectum into the sigmoid colon (lowest part of the large intestine):

The bowel is porous and is designed to absorb liquid. The active elements of the coffee enema will be absorbed very quickly and easily into the mass concentration of veins in the rectal area (the hemorrhoidal veins). These veins lead into the portal system.

Through the portal vein, the therapeutic nutriceuticals in the coffee enema, such as palmitic acid and caffeine go directly to your liver. There, they enhance the production and activity of glutathione 5-transferase enzyme, a very powerful free radical fighter.

This then stimulates the bile canaliculi (bile receptors found in the liver) to open and release the bile into the network of pathways leading to the common bile duct and gall bladder for storage or directly into the duodenum.

duodenum, carrying along with it, toxins that are securely bound to glutathione, for safe elimination.

NOTE: The coffee itself does not travel to the liver through the portal system! Only the palmitic acid and other compounds that are extracted through the colon wall into the veins surrounding it, are carried to the liver. For this reason, most people who are intolerant of coffee taken as a drink have no problem with coffee enemas. The coffee itself remains in the sigmoid colon (last part of the large intestine before the rectum), until it is eliminated.

Once the blood is detoxified by the liver, the hepatic veins drain it into the inferior vena cava that leads to the heart.

It is by the route described above that a coffee cleanse enema powerfully detoxifies the whole bloodstream. Because coffee enema increases your body’s production of glutathione s-transferase by 700%, it is amazingly effective at quenching free radicals as well as cleansing all manner of toxic elements out of the body.

The newly purified blood now has the capacity to carry deeper layers of toxins out of the cells. In a relatively short time, regular use of coffee cleanse frees the body of deeply sequestered toxins that

may never have heen remover therwise.

The main functions of the colon are absorption of water and minerals, and the formation and elimination of feces.

Sign up and get all the latest, offers and news sent to your inbox.

Whatever the question I will always give you an honest answer

If you are worried or think your question is silly I’m just a call away to put your mind at rest, just give me a call